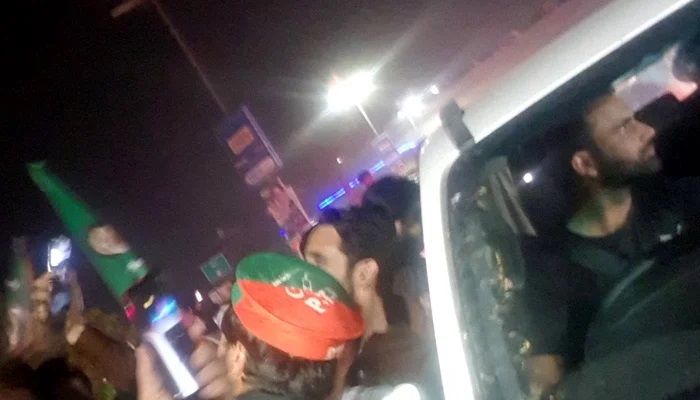 PESHAWAR: National cricketer Fakhar Zaman was one of those hundreds of commuters Wednesday who got stuck in a traffic jam due to a PTI rally in the provincial capital.

The issue came to light when journalist Ihtisham Ul Haq took to Twitter and said: “There was another Cricketer who was stuck in the traffic on his way back from the practice. He told me, it took him hours to cover 200 meters distance. Guess who?”

To this, Fakhar Zaman responded, sharing his picture sitting inside his car during the traffic jam.

It is pertinent to mention that the PTI staged the protest rally in Peshawar on Wendesday, addressed by former prime minister Imran Khan.

The PTI has announced to hold rallies across the country to protest against the ouster of the Imran Khan-led government.